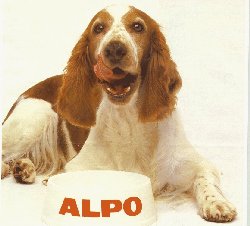 Kismet came to us in June, 1982 bursting with puppy potential. We had high hopes for her, both in the breed ring and the obedience ring, and she never let us down. Kismet completed her championship owner handled by me, albeit badly, but she was my first Welshie champion nevertheless! She continued to show in the breed ring, winning the BoS award at WSSCA Specialty shows in 1985 and 1988 handled by Joy Quallenberg. She also earned the BoS award at the American Spaniel Club show four times, with several of the wins coming from the Veterans class.

We trained with Diane Bauman and Ruth Rosbach for competition obedience, and Kismet earned her Utility Dog title in November, 1986. She has the distinction of being the fourth Welsh Springer Spaniel and second female WSS to ever earn a UD, the first WSS to ever earn a HIT award at American Spaniel Club, and she appears in both editions of Diane Bauman's book "Beyond Basic Dog Training". She also appeared in print ads for various products, including pet food.

After her obedience career, we bred Kismet and she produced 18 puppies-- including 9 champions and 5 obedience titlists.She also produced a BiS son, an ASC BoB winner, a HIT winner, and numerous WSSCA Specialty winners. She suffered from  Canine Geriatric Vestibular Disorder, documented here on the site, but she recovered and died of natural causes in 1998 at the age of 16. Kismet taught us so much about Welshies, obedience training, show handling, and allowed us to meet wonderful friends that have been with us for many years. 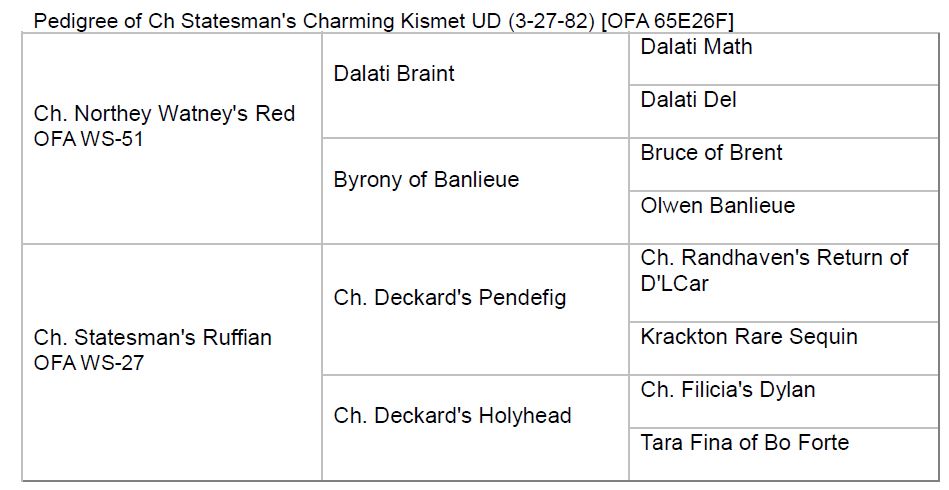